Lately, ive been getting more and more interested in Sufism - Islamic mysticism. Especially the musical aspect. It's fascinated me since I was young, but Abida Parveen's recent rendition of the evergreen "Chaap tilak" revived that passion after many months.
I recently came across an interesting all-American band called Brook's Qawwali Party, who perform pretty much only Nusrat Fateh Ali Khan's (Pakistani sufi music maestro) songs instrumentally. They give it a unique jazzy flavor and take a minimalist approach when it comes to vocals. What I loved most was that the music doesnt lose the energy and vitality through the interpretation and performances by this group.
They're performing friday night in Park Slope, Brooklyn at the Tea Lounge and all tips will go to Pakistani earthquake relief efforts.
Do try to attend!
at 3:38 PM 2 comments:

Words cannot describe my feelings towards the US government's foreign policy after September 11th. It is mind boggling to see how President Bush has made such a fool of us and in the process, has almost enslaved us.
Guantanamo Bay is yet another issue that infuriates activists and non-activists alike. My most recent column (which was published only moments ago!) in the Pakistani newspaper (The Post), is, among other things, about the recent hunger strike the detainees have gone on. More details can be found by simply doing a google search, but do also read my article.
For more information, and to see what you can do, please contact my friend Seema Ahmad at the Center for Constitutional Rights (CCR) at SAhmad@ccr-ny.org.
at 8:48 PM No comments:

For those who are outraged by anything remotely related to Guantanamo...

Join the Fast for Justice!

As we mourn the death of 2000 U.S. soldiers in Iraq, the Bush Administration continues their illegal detention of hundreds of men in Guantánamo and secret facilities throughout the world. Since early 2002, the men held at Guantánamo Bay have waged desperate and at times life-threatening hunger strikes to protest their detention without trial and their inhumane treatment. The current hunger strike, which began in August 2005, has involved the participation of over half of the estimated 540 prisoners still there. Many are now prepared to die if they do not receive a fair hearing or humane treatment. Click here to read a report on the history of the hunger strikes at Guantánamo.

During the month of Ramadan (which falls during early October - early November this year), Muslims around the world fast from sunrise to sunset. The Center for Constitutional Rights (CCR) is asking people of all faiths and backgrounds to join in the fast on November 1, 2005. We will also hold a vigil in Washington, D.C., that day to protest the dire plight of the men illegally imprisoned at Guantánamo Bay.

Please join us in the fast and vigil on November 1, 2005 and show your support for this effort by wearing your "Hungry for Justice: Nov. 1" sticker on that day. Sign the letter on CCR's wesbite, which will be sent to your representatives in Washington, and make your voice heard by demanding that the Department of Defense take the following steps to bring torture, abuse and inhumane treatment to an end at Guantánamo:

* give the detainees a fair hearing and immediately release those who have committed no crime;
* provide adequate food, water, shelter, medical treatment and the observance of religious practices;
* provide to families and legal counsel timely reports on the health status of detainees, especially those participating in the hunger strike; and
* provide independent investigators (domestic and international ) access to all detainees.

Washington, DC: Join CCR, the Muslim American Society for Freedom, and other faith and community organizations for a Vigil in front of the Department of Justice at 12pm: 950 Pennsylvania Avenue NW (Navy Memorial station on the green line).

New York: Join CCR, the NY Coalition for Civil Liberties, ICNA and other faith and community organizations at 26 Federal Plaza (Broadway between Duane and Worth Streets, Brooklyn Bridge/City Hall on the 4,5,6 or City Hall on the R or W).

This looks like wonderful news!
Only thing is, it looks like the international financial institutions (World Bank, International Monetary Fund, etc.) are on their way to ensnaring Pakistan in their web of debt and credit yet again. If it's true development, one hopes this is the start of a fruitful relationship, but if otherwise, we should ask them to keep their funding to themselves.
at 10:52 PM No comments:

For those of you who are keeping up with the Pakistani earthquake relief efforts currently underway, but specifically in regard to my earlier posting, one of the organization's I mentioned, Rising Leaders, has recently made an encouraging announcement.

According to an email I received this afternoon, Rising Leaders will raise funds to match all contributions made by Pakistani Students Associations to the President's Relief Fund. A ranked list of schools and how much they have raised, including matched funds, will be maintained at www.embassyofpakistan.org.

Funds may include private and corporate donations.

To have your PSA's funds matched, mail your check made out to President's Relief Fund to:

Please include a description of what your PSA did to raise funds, and the names and email addresses of the individuals who participated along with the school that you represent.

PSAs are encouraged to send checks frequently so that funds can be transferred to Pakistan. The Embassy's website will be updated accordingly.

All questions can be directed to Rising Leaders by accessing their contact information on their website.
at 11:52 PM No comments:

Internationally renowned scholar Larry Diamond will be speaking at the second Fall lecture of the New York Democracy Forum being organized by the New York City-based international affairs non-profit, Foreign Policy Association and the National Endowment for Democracy.
The title of the talk is: "Can the Whole World Become Democratic?"
Details can be found by clicking on Larry Diamond's picture on the upper right hand side of FPA's homepage.
Registration necessary!
at 7:30 PM No comments:

My friend at WABC TV, Sree, is an expert in the media, as well as an instructor at the Columbia University School of Journalism. H'es giving some free classes soon, and if you visit his website, the details are all there.
Hope you can benefit!
at 7:22 PM No comments: 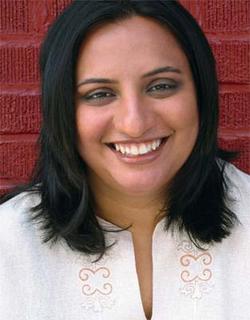 For those of us who believe in having fun and supporting a worthy cause simultaneously, I sugest you check out DJ Rekha's awesome parties, one of which is coming up this Sunday, October 30th, 2005. Details are on her company's website.
I have never attended any of Sangament's events (her comapny's name is Sangament, short for Sangam Entertainment), but they are supposedly some of the best South Asian/desi parties in the tri-state area. Not to mention, Rekha herself is ranked as one of the most influential South Asians in the US by Newsweek magazine.
Enjoy!
at 7:02 PM No comments:

The quotations below are from a book called “Stray Reflections: A notebook of Allama Iqbal" that I havent been able to read in its entirety just because it gets a little too deep and philosophical at times. But a great read nonetheless.
Iqbal was largely responsible for "envisioning" and dreaming of Pakistan as an independent nation-state years before it gained independence from the British in 1947.
He passed away in 1938, leaving behind a strong legacy and is now remembered as the greatest "Pakistani" poet-philosopher.

My writing on Chowk.com 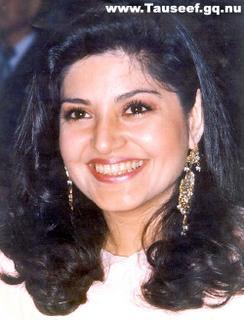 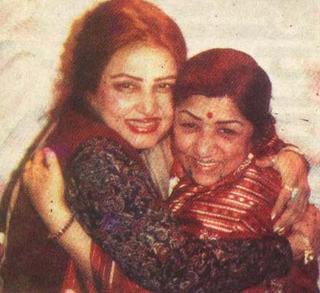 Chowk has become a South Asian portal; a doorway opening into the lives of South Asians the world over. It's a great resource for anyone wanting to learn about South Asian history, culture and society.

I wrote two articles for them a few years ago, and somehow didnt continue writing, but enjoyed the process of being "published" online.

One article was on Nazia Hassan, the founder of pop music in South Asia, while the other was on Noor Jehan and Lata Mangeshkar, the musical legends of Pakistan and India, respectively.
I thoroughly enjoyed writing both, but for different reasons.

I knew Nazia Hassan personally and so writing about her after her death was very personal and emotional. It was cathartic in a way, quite literally, because the original article was published in one of Pakistan's largest circulating dailies, "The Nation", a few weeks after her death. The one on Chowk was edited and amended as a eulogy to her, one year after her passing.

The Noor Jehan and Lata piece got popular approval, even though I wasnt expecting it to get many rave reviews. For those familiar with South Asian music, we all know that Lata gets her fair share of the limelight even though Noor Jehan is widely considered the better singer. Hence the title of the article, "The Dueling Divas". I'm not going to further pique your interest; read the article!

In many ways, I actually consider the "Dueling Divas" article to be my "magnum opus". It comes out to be almost 3,200 words long and I did extensive research for it as well. As in Nazia Hassan's case, this piece was written after Noor Jehan's death in the year 2000. It never got "published" except for on Chowk, and for that I am remorseful. I wish people could have read it widely and shared their views. It is my belief that most Pakistanis share the views I penned down in the article. I would have loved to receive even more feedback.

Incidentally, the Nazia Hassan article was translated and re-published in another Urdu-language newspaper - without my permission! I didnt bother taking legal action. Instead, I basked in the glory of my success as a "cross-over" writer.

Honestly, though, it was good to know how my writing was gaining readership. What else can a writer ask for?

Maybe that's why blogging is so awesome.

Here's to an early retirement - and a future in blogging!
at 12:03 PM No comments: